Okay, I’ll admit it: I’ve always had a soft spot for Australians and Canadians. I am truly honored and excited to share with you the first official guest blogger on my site. Hard to believe that yesterday marked the 1-year anniversary of my debut in the blogging community (blogosphere) — which stands over 156 million strong as of 2011, according to Wikipedia. Zian Silverwolf is a kindred spirit/soul online, and I look forward to meeting her out in Australia in the future. She, too is a child of the world — and is imbued with a passion for the arts, music and pure creative flow. As Yoko Ono so infamously said: Artists are going to be the metrenome of this society. ***editor’s note: Some of these pieces were crafted specifically for this work. That in mind, all images and proprietary rights fully reserved by ZianSilverwolf.com 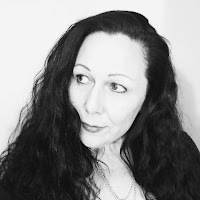 TRINITY OF ART, THE ARTIST AND THE HUMAN

The artistic journey differs somewhat from the creative journey – where creativity includes invention on so many levels (e.g. craft, carpentry, hairdressing, cooking).

Art has an element of the mythic that is neither translated nor experienced in the same fashion. As an artist, a connection with an internal cosmology that separates you from the practicalities of mundane life is forged, and draws the self into an altered state of consciousness.

There is no sensation of watching yourself recreate one form into another, or manipulating objects into a new state – only the revelation of creating entirely from within.

I have had many other kinds of creative experiences, and Art is wholly different in its reality and in its manifestation. While the material transformation of paper, canvas, pen and paint is obviously a part of the process, it’s ephemeral in sensation, unlike working in something that requires cutting and pasting, or positioning of physical subjects, like a table leg, or a leather strap with a buckle.

As a musician, a dancer, a martial artist — the creativity and emotional discipline I experienced through those avenues is not comparable to facing a blank page and bringing a character or a world to life. The movement and physical flow of the body and all its muscles is inherently an art without doubt —

Yet all is self-contained without an audience.

Interacting with pure creation is another relationship entirely, connecting the mind’s eye to the hand, back to the eye, and returning to the mind, again and again.

Heart is not the same thing as habit.

With each composition, the worlds I am building throughout my life take on another aspect, a greater complexity, until no single work is significant to me except as a part of the whole.

The total and ever-expanding body of work is more than a collection. It is an ever-expanding universe, built of feeling, thought, experience and observation.

When I was performing, each dance was a whole unto itself, each song was a stand-alone achievement and expression. In art, I become, transform and continue as each work comes into being.

While expression is first and foremost the drive in any creative pursuit, I have found real passion in the consistent development of what I can only describe as a never-ending chronicle.

Eye of Horus, Providence as seen by Zian Silverwolf

No matter any work or personal activity I have done in my life, behind it was always a pencil, a pen and a brush.  It has long been my meaning of life to “transform and continue”  (although 42 will forever be the Ultimate Answer to Life, the Universe and Everything) —

And art has given me that path, not only in the creation of artwork, but in the observation, emotional experience and interpretation of Life itself.

Within it there is a drive and even a need to be disciplined, skilled and ever-evolving, always challenging what is and what came before with a new vision.

A slight change in observation and perspective. A shift here, an angle there….

These are changes that develop and show only over time, a gradual but continual progression into the next reality.

Fantasy art still finds itself on the commercial fringes of the art world, often deemed “the pop beyond pop culture,” but people forget the visions of the classical world were in the ethereal cosmos of the gods —

Venus, Aphrodite, Mars, Ares, Apollo, Athena, water gods, sprites, Bacchus and his nymphs; after the advent of Christendom, even visions of heavenly and hellish dimensions were depicted, explored and expressed all from the imagination and captivation of the artists.

Master of the Hoard by Zian Silverwolf

The modern world has a greater allowance for such imagery, which transcends  the boundaries of we mere earthlings, embracing images and metaphors of science, aliens, quantum realities and interdimensional beings.
Granted, it may be about “technology” on the surface, but “Truth” remains the human exploration of ourselves, in worlds that we create to discover who we are.
Surrealism invites us to explore dreamscapes that, while unfamiliar, provoke something relative and relevant. Existentialism steps outside the bounds of physics, while seeking to describe the transcendent and the ancient in us all, simultaneously.
While the mythological and mythic realities of the past remain in strength (unicorns, fairies, goblins, Atlantis, phoenixes and hypogriffs), fantasy prevails as the arena for the exploration of our consciousness, our dreams, our souls…. and our futures.
###

Technorati – State of the Blogosphere 2011

CLEVELAND  – A guy named John Muir once said ““In every walk with nature one receives far more than he seeks…the mountains are calling and I must go.”

Laugh if you want, but growing up with summer cabins in Cape Cod and vacationing in the wilderness of the Algonquin, 1000 Islands and Grants Pass, Oregon;

I (unsurprisingly) had a bit more time to graze with the rogue moose (which, according to Wikipedia, has no plural form) of the group than my colleague, friend and fellow university alumni, Alicia Hansen (her recap here >> Poise in Parma: OBA Cleveland June Blogger Meet Up with Lake Erie Moose Society).

But, being the Genteel elk that I am, I bought her off with a glass of riesling to toast our recent collaboration over Mozart, Mothers and Mashable. Gentleman, take note: what better way to a woman’s heart than wine? Nothing, that’s who (other than pitchers of Labatts), says this young Bucc (pun intended a la SYTYCD, UrbanDictionary lingo).

Photo courtesy of Alicia Hansen and the Ohio Blogging Association

I digress, again. Started dreaming of kayaks and canoes, fishing, tetherball, base-jumping and King of the Raft (on a wooden platform out in the middle of the lake in Combermere, Ontario…I was the smallest and quickest kid out there: which meant King had nothing to do with brute size or strength lol. In fact, the biggest guys were the easiest).

Courtesy of Alicia Hansen and the Ohio Blogging Association

A highlight for me was the opportunity to chat with two ladies from the recent workshop with Joe Pulizzi at Hyland Software, Heidi Cool and Susie Sharp. Naturally, I was fascinated with their deep knowledge of the technical aspects of blogging, content marketing and social media.

All the new phrases being thrown around throughout the night were also pretty jazzy: Dream Host and Blue Host, which Cool finds more valuable than Go Daddy (emphasizing the distinction between domain registering –Go Daddy — and domain hosting through Dream or Blue).

Seems that bloggers continue to define and explore more efficient and effective resources based on the goals they set out to accomplish as individuals and businesses, and the same can be said in content marketing, which we touched upon at the last meetup:

Ironically both women recommended a joint called Shaker Launch House in town, which I’ll certainly have a Look At soon.

Which begs the question: what are you Looking At this summer?

CLEVELAND – Courage and passion. These words lingered as I left Touch Supper club last night, the back room still abuzz with laughter and exchanges over topics from Go Daddy, WordPress and self-hosting to diet and training regimens for the Boston marathon.

As my right arm still smarts from a rendezvous with the frying pan/bacon grease this morning (I lost –serves me right for being half-awake, on the phone and trying to make breakfast simultaneously…), here are a few insights I gained during the Ohio Blogging Association meetup last night:

Photos courtesy of Alicia Hansen and the Ohio Blogging Association

>>It takes courage to tell your story, courage to be accountable for who you are and who you want to be. In the words of George Eliot, It is never too late to be what you might have been.

>>Didn’t mind being the baby of the group. Some bloggers were celebrating one or two-year anniversaries (kudos!), others were seasoned veterans on the Cleveland scene. Whether bloggers of dieting or fitness, yoga, food and wine, running, tech, lifestyle, sustainability or PR and marketing, it was clear we all had one thing in common: a love for this city.

>>The food and hospitality was great (Yelp review here: Touch Supper Club). We were actually in the same back room another group and I had over New Year’s Eve –great for private parties and events.

>>Something Jen, the author of Why Cleveland? shared really hit home for me: We choose to be here. She, too, is not originally from Believeland (having moved back twice throughout education, personal and career travels), and mentioned one of the main reasons for beginning her blog was because she was so tired of hearing the inane “Why are you here” and “Why would you come back?” jabs from people who’ve been born and bred here.

The same ones that complain when Forbes or Newsweek list Cleveland as the most Miserable City in the country…when they were likely the ones said media interviewed! (Touché, Jen!). Dually refreshing and amusing, it also gave me added resolve for creative, snarky responses when people find out I’m from California and New York…

>>WordPress is favored over blogger/blogspot, both from blogger and reader ends (during a conversation with Maria from Germany, I shared how I’m a visual nerd, and liked that WP seems more fluid, customizable in shape and form).

>>We all shared concerns, challenges with making the transition to self-hosted domains. “Monetizing” and other pros/cons of ads, negotiating financial, post schedules, etc. with the creative, artistic freedoms inherent in the process of blogging for fun. As I am only a few months out of the gate, I’m still enjoying the wide-eyed role of learning and absorbing all I can as I connect and meet those in the professional and personal community. As Alicia mentioned, the opportunities for collaboration in our local communities and the blogging ecosystem at large are endless.

Regardless of background or age, everyone present mentioned they just needed an outlet, a way to write and share their story. Pretty neat.

As Thoreau says: How vain it is to sit down to write when you have not stood up to live.

Courtesy of Alicia Hansen and the Ohio Blogging Association

Thanks again to Alicia Hansen, a fellow alumni of Baldwin-Wallace, for hosting the event!